When is failure is not failing 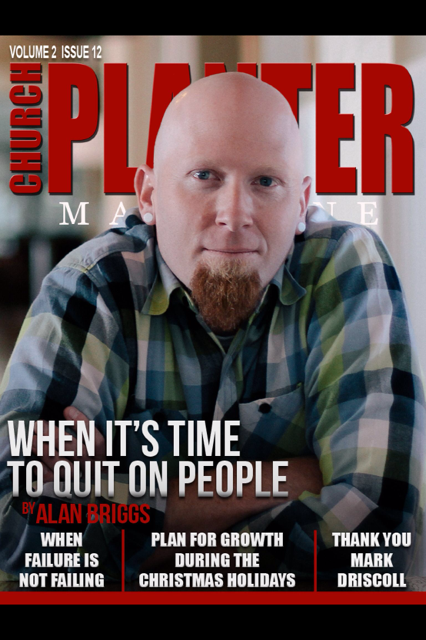 Ok, I’m going to do it, (cue the music) I’m dropping the old school beat from L.L. Cool J, “Don’t call it a comeback, I’ve been here for years…” We all love a great comeback story. Rocky, Rocky II, and well, then it just gets ridiculous, but all of our movies are based on comebacks. Whether love stories, or actions type thrillers, we love them—some more than others. For instance, in Star Wars (known as episode IV) the squadron of “good guys” goes up against the dark side to try and hit the two-meter opening of the exhaust port of the Galactic Empire’s evil weapon of doom, the Death Star (cue James Earl Jones’ deep breathing). Luke is optimistic, “But it’s not impossible. I used to bull’s-eye womp rats in my T-16 back home, and they’re not much bigger than two meters!” Luke turns off his targeting gear, uses his experience and relies on “the force,” sending the perfect strike to annihilate the enemy’s weapon. The comeback worked!

Comebacks Are Not Failing

Ah, but as church planters, we have more than the “force;” we have the Holy Spirit. But much like young Luke, we also have innate skills, or gifts of apostleship, that we rely on—yet sometimes, it seems like in all of our heard work, we fail—and from the smaller picture, it might seem so. When Paul went to Lystra to preach the Gospel, he was relying on his gifts, experience, and the power of the Spirit (Acts 14).

There, a man was crippled, and you know the story, the man was healed, the people declared Paul to be a god, he refused, then Jews come in and eventually stir things up so much, they bounce rocks off of Paul’s head, nearly stoning him to death. Then the story continues that the elders lay hands on Paul, he admits defeat, hangs his head low, and goes on to another town. No, wait—that’s not how the story goes at all. Paul walks right back into Lystra (Acts 14:21). Luke records, “strengthening the souls of the disciples, encouraging them to continue in the faith, and saying that through many tribulations we must enter the kingdom of God” (Acts 14:22 ESV).

Paul knew what he was called to do, and it seems there were many more converts in Lystra than we know about. From the text it appears like the apostles were there for one or two days, but when further study, we realize that Paul was church planting and placing elders in leadership, “And when they had appointed elders for them in every church, with prayer and fasting they committed them to the Lord in whom they had believed” (Acts 14:23 ESV). Paul did not fail.

Assuredly, Paul needed healing, it was obviously a super natural healing, but he regrouped and then went back to encourage those that he had worked so hard to bring into the Kingdom. Failure is not failing when you don’t give up. Failure is not trying. Regrouping is not failure.

Perhaps you started a church plant and after you launched, you realized that you went about it all wrong—wrong parachute, wrong timing, wrong attitude. I did that. We had a group that met in my home, and we just knew that God had called us into it. We thrived, sang, shared in fellowship, and grew.

But we did it all wrong—everything—it was horrible (or so it seemed). For whatever the reason, there are times when we may need to take a step back and let God do His work. Whether you return to your Lystra, or not, is God’s will—only time will tell if He opens the right doors. However, there may indeed be a bigger picture that is taking place during the regrouping phase of your life.

Failure is not failing when you overcome a fear. I can’t speak for my wife, but I do know that the day that we finally caved in and knelt together by the sofa in tears to pray, I was terrified. I knew God had called me into church planting—but I was impatient, and to be honest, I was very fearful. I was fearful for several reasons: I had many life “events:” my father had recently passed away, I just graduated seminary, we had a newborn girl, I knew there wouldn’t be any salary, unlike the associate pastor salary I was receiving, and the unknown, plus my own pride.

However, God provided a great job a hospice chaplain, so that I could be bi-vocational. And since I had taken the plunge I had a “peace that passed all understanding.” What I didn’t understand was the growth that we had in the house, would fail miserably when we launched too soon and for the wrong reasons. I ended up shaking my hands to heaven on an early morning run, yelling, “Seriously! What’s up with this, God!” But what happened in the long run was amazing.

I was directed to small dying church of 20, miles away, a 110-year-old church plant—they wanted a church planter and I regrouped in humility. I learned something valuable; that it was not the actual “plant” that God was directing me through, but through my fears. I often speak to guys and tell them, “If you’re called to ministry, you must be rid of fear first.”

You’ll have a hard time being sold out for Christ, when gripped with fear. Through all of the trials, I overcame my fears, realizing the big picture. And while I didn’t make a “comeback” plant into that area, I did regroup, and now the saga of this story has begun to spark something completely amazing—something I never would have imagined.

But the facts are, failure is not failing when God owns the story line. God is the director of your life. The overall picture is not about us anyway—is it? It’s about Him and Him glorified, as we reach others, bringing the good news and new life to organic community. So, seize failure, make a comeback, regroup, or overcome.