Urban Church Planting and The Diaspora 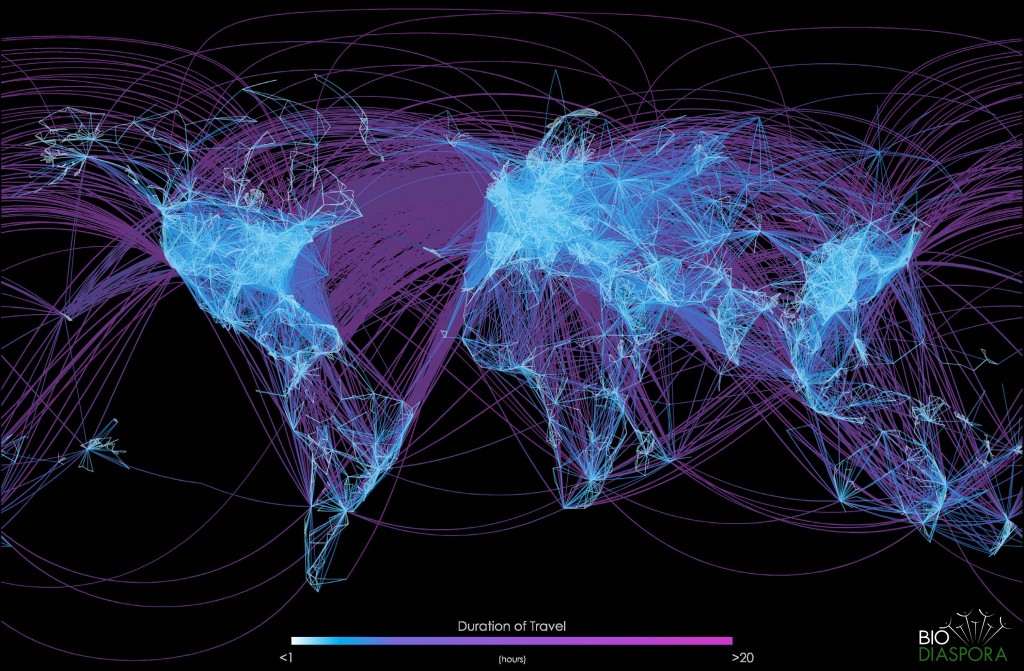 If you’re a church planter and you haven’t heard the term diaspora, you will—soon enough. One of the major shifts in global population is the flowing dispersion of immigrant people groups. Envision how airplane traffic controllers track flights.

The world is seeing great numbers of people shifting from country to country. Whether the movement is due to refugees—fleeing persecution, or for temporary visa status—for work—regardless, the peoples of the world are on the move—and God is doing something amazing! He’s bringing people to us.

Western churches, especially urban church plants, will be forced to reach people of ethnicity—not that urban churches haven’t always done this—as cities become more diverse than culturally segregated (think Chinatown, Little Italy, etc.). The good news comes to us by reaching the diaspora of the nations.[1] Almost makes me think of Psalm 2:8, “All the nations you have made shall come…”

Immigration to the United States is the cause for population growth.[2] Without immigrants (legal), the United States would not be growing in population, but declining. Just to clarify, if you’re linking immigration with the Hispanic culture, let me help you. Currently, Germany and Ireland are the top two countries with diaspora peoples coming to the U.S.—Mexico is third, but only by a small portion of one percent, compared to the United Kingdom (4th).[3]

Great Commission (Matt 28:19) churches will need to engage the diasporic peoples in order to see the gospel delivered domestically and globally. With the recent news of the IMB’s shortfall and need to release close to 800 people, churches will once again have the pressure of the Great Commission task. This may be a good thing (not people being laid-off, that’s always bad), in the sense that churches will be forced to evaluate their understanding of the missio Dei.

So, if we cannot send more missionaries overseas, what is the answer that God may be giving us? Here’s the bigger picture: there are immigrants who choose to return back to their homeland after getting settled within a new country; those who do return are known as the diaspora.[4] Reaching the diasporic peoples within urban communities is one way to help spread the gospel, while alleviating the costs of training international missionaries.

How Does This Effect Church Planting?

The immigration “game” and diasporic models play a huge role in urban church planting. Since urban areas across the globe are growing (urbanization) then planting more churches within the urban context is necessary. Domestic church planters will be expected to reach across cultures, socially and evangelistically. We call this E–2 to E–3 evangelism.

To see a true church planting movement (CPM) occur within the U.S., church planters must be prepared to contextualize the gospel with simplicity—for the purpose of reproducibility. The current model is not sustainable; meaning, we cannot expect to wait for church planters to graduate seminaries and become some type of dynamic leader. Only a lay leader style of bi-vocational (at best) ministry is simply reproduced through discipleship—much like the first century or any major CPM in history.

Regardless, things are changing, and if you’re an urban church planter or a pastor, you might want to begin considering how you are going to reach these people groups. But don’t worry, this stuff is what guys like me study and try to develop (working on it now!). Just think about it. Tell me your thoughts…