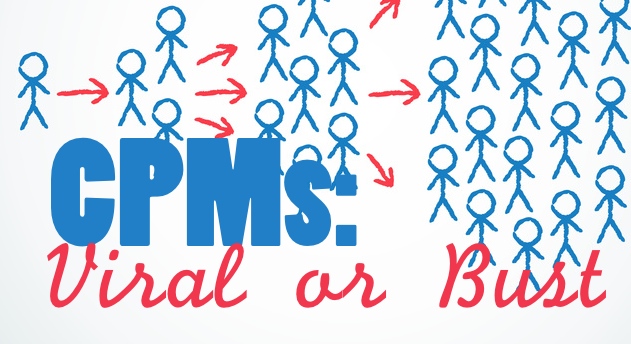 The greatest church planting movements in history were accomplished without clergy hierarchy. Ok, stick with me—I’m not bashing pastoral work—I am one. I don’t want you to get the impression that pastors and leadership are not vital—they are—but in a different degree than you think.

The Simpler, the Better

Everyone knows that the simpler something is, the easier it is to reproduce. Jesus made it really simple to plant the gospel. In actuality, Jesus does all the work for us and even gives us a “helper” (John 16:7).

The problem comes when we make the gospel complicated. We’re good at complication. We complicate things by halting movements of God. Think about it. God adds people into His Church (Acts 2:47). Once they get in, they’re told they need to be trained before they can be sent out. Example, a believer feels the call of God on his life. He asks the pastor for advice. What advice does he give?

Go to seminary and get trained. But is this simple, or complex?

When Mao Tse-tung became supreme leader of China, he executed the indigenous pastors, kicked out the missionaries, seized church property, and imprisoned the remaining leadership structure. There was an estimated 2 million Christians. When the curtain was lifted after his death, do you know how many believers were found? Over 60 million!

Imagine a church movement that grew without pastoral hierarchy and buildings. I know, you’re probably thinking—but there’s got to be heresy involved, right? Actually, that’s been studied. In the research, it was found that only 5% drifted into heresy—they were isolated from the others. Basically, the church policed itself.

Only 15% were with doctrinal errors, and a whopping 80% were orthodox! If you measure that model to America, guess what you’ll find—almost 35% heretical, yet we have seminaries and clergy, and more than 60% doctrinal errors. It seems simpler is better.

The Methodist movement was one of the greatest discipleship movements in history. John Wesley had designed a “method” (while I may not adhere to prevenient grace, I do recognize the results) to discipleship by creating small groups with accountability. And so, Methodism was growing at staggering numbers, across the United States.

Men called to the gospel from one church got on horseback and became itinerant preachers—or circuit riders. And the churches remained strong. With no real headship (other than Christ), due to their discipleship groups, they exponentially grew. However, the movement began to plateau in 1850. By 1860, Methodism began to decline, never returning to its reproducibility years. Why?

According to one researcher (Alan Hirsch), this is when the Methodists were ridiculed for not have seminaries and not being “educated.” They were mocked by other denominations as being poor and illiterate, having circuit riders that were uneducated. And so, what did Methodism do? They built seminaries to make better pastors and ceased the discipleship model—hence killing the Jesus movement.

When the Church makes distinctions between clergy and laity, there is a class system that can evolve. This creates complexity (i.e. only a pastor can teach, pray, or make visits—he’s God’s anointed). Don’t get me wrong, I am a pastor, but I admit to our brokenness and failure. The power of God must revert back into the church bodies (the people) to reproduce, disciple, and send believers.

Unfortunately, the Western Church has created a model that requires a seminary trained dynamic leader to preach really well, in the hopes of entertaining, or even “teaching” people, by speaking at them for 45 minutes (at least that’s how long I preach). This dynamic model, however, is a broken and unsustainable model.

If 2,900 new churches must be planted within the U.S. every year, just to maintain a 26% evangelicalism rate, then you can see that the dynamic leader model will take hundreds of years. There is no way to start a Jesus movement without bi-vocational or volunteer church planters. Too often, seminaries can be costly. Once again, don’t hear me incorrectly, God uses seminaries and I happen to be a doctoral student of a fantastic one.

My point? Seminary trained people can become catalysts and apostolic leaders. But if we are honest, a Jesus movement will not occur with “occupational” leadership as the head speaker, prayer, discipler, and visitor. There is a five-fold ministry within the Church (Eph. 4:11–12).

The greatest church planting movements in history all managed to occur without dynamic pastors. Twelve ordinary disciples turned the world upside down by discipling people with a simple message of redemption, serving the body as a whole, and thought of themselves as slaves of Christ.