What is the Future for Church Planting in America? 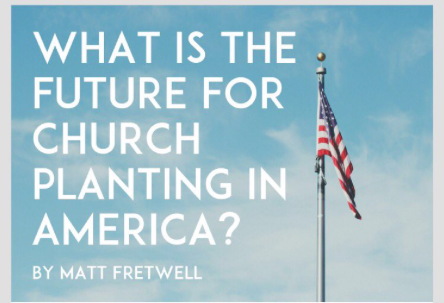 Due to the rising spring temperatures, the small winter stream that Christopher hiked across had become a widened, deep, raging, impassible river. In the blockbuster hit, Into The Wild, Christopher McCandless leaves society—rejecting the corruption of modern conventional life—and finds himself exactly where he desired to be—without intrusion, people, and absent from culture.

McCandless was from a good home and earned a distinguished degree from Emory University, but he found modern society disturbing and corrupting. He purposely destroyed all of his identification and credit cards, along with gifting away his $24,000 in life savings.

However, in McCandless’ identity-less trek across America, his journey took him to “The Magic Bus,” an abandoned outpost in the Alaskan wilderness. Finally by himself, McCandless comes to the self-realization that life was to be shared—unfortunately—it was too late. The river could not be passed and he became deathly ill. While slowly dying, McCandless recorded his last days in a journal, recollecting the days he had with family.

The current and future state of the Western church has much in common with McCandless’ story. 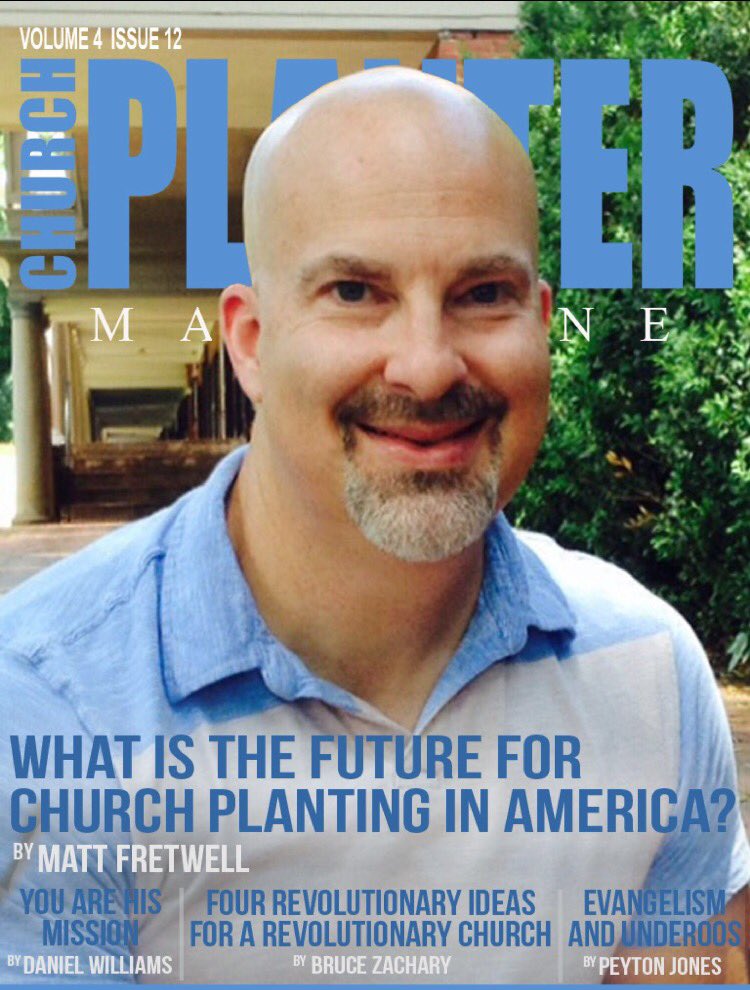 McCandless changed his name to Alexander Supertramp—an empty shell of who he was. “Supertramp’s” transition reminds me of what Jesus declared to his church, “you have abandoned the love you had at first” (Revelation 2:4). Like McCandless, the church has taken a long trek to get away from culture —to find itself identity-less, without intrusion, and absent from the power of Christ.

In the church’s obsession for “growth” or “empire building,” it has lost its true identity. The church has become the ultimate “Supertramp,” leaving the power of the Holy Spirit. It has disregarded the command to make disciples and instead, sought out intellectual self-realization for another identity.

But, the reality is that Christ commanded the church to “go and make disciples” (Mt. 28:18–19), with the power from the Holy Spirit to be his “witnesses…to the end of the earth” (Acts 1:8). Like McCandless, perhaps some in the church are coming to the consciousness that we need to go back to the basics—back to first century principles, actions, and engagements.

Church planting brings the church back to the journey of passionate evangelism, devotion to a powerful God, and a willingness to reach the unreached. Regardless of whether the path seems impassable—church planters must move forward.

Is It Too Late?

When McCandless first arrived in Alaska, he fell in love with the serenity, the beauty, and the solitude. But, in just a few short months, the thawing snow caused his only homecoming—a once small stream—to become an impermeable chasm. The church finds itself in a similar situation. It was too late for McCandless—but is it too late for the church?

With over 7,000 churches closing each year, and only 4,000 starting, some estimates demonstrate a need for 15,000 new churches to be planted each year, just to keep up with the growing population.[1] While this number seems large and estimates may vary, the number that does not vary, but only decline is the twenty-six percent (26%) evangelical rate in America. And, with the recent election, I would even question how the term “evangelical” is currently defined. The point? America goes the way of Europe—we may be facing a chasm of impassibility—or at least a point of no return to the days of old.

What does this mean? As the late C. Peter Wagner declared, “Church planting is the most effective form of evangelism.” While some churches have relegated to “recording their last days,” desiring to be absent from culture via isolationism, and/or abandoning their true identity in Christ, we realize that unlike McCandless, there is a supernatural working power through the body of Christ, raising up bold, courageous, and innovative church planters. But it will take more than courage and innovation.

Like McCandless, the church will see that it’s imperative to share life together—to be kingdom-minded. A gospel-centered life must be shared with community—this was the reality of the first century church (Acts 5:42). The church was never meant to become isolationist, but a fiery unstoppable and penetrable force of God—a tangible collective of kingdom-minded people.

The effectiveness of church planting that Wagner expresses will only occur when churches are planting churches that plant churches—with the understanding of reaching the unreached with the goal of making disciples. It’s the realization that church was designed to be lived-out together (Heb. 10:25). Church planters will flock to kingdom-minded collectives…

With 80–85% of all American churches either plateauing or in decline, and only 10–15% of pastors equipped to turn them around, we need to admit there’s a huge problem.[2] An elephant in the room—and a dire need for church planters.

Unlike McCandless leaving society to seek solitude, church planters must leave the comfortable serenity of the church culture to seek out the lost. They will find themselves facing a raging, violent, and nearly resistant chasm, a climate consisting of post-Christendom. For this reason (and a few others), I believe the twenty-first century church mirrors the first century church. I believe our future resides in unpacking our past.

The first-century Roman world was very superstitious. It delved into syncretistic spiritualism, and professed many gods—one of which being the emperor himself. Our modern society is eerily similar. American culture may not sacrifice to Zeus or the president, yet it does sacrifice to sports, spiritual new ageism, and is the salad bowl of religion. As Paul proclaimed to the Athenians, “You are religious people with many gods,” so are Americans (Acts 17:22).

During the pre-New Testament days of the first century, all roads led to Rome. Rome was the great empire of the known-world. It existed during the time of Pax Romana, Roman Peace—Rome was the world’s elite police force. I think it’s easily observed that the United States, and its people, views itself as a sole super power.

Not only do many Americans worship the country with a lustful pride like a first-century Roman, but with a gladiatorial UFC-endowed lack of love for one another. America is much like Rome and the twenty-first century mirrors the first century in many ways. So, how can church planters navigate the future of such a prideful, self-centered, and religious culture?

Unlike McCandless’ journey for self-realization, the church was called to go into the wild, to reach the unreached, to make disciples of all people groups (Mt. 28:18–20). As Dietrich Bonhoeffer proclaimed, “When Christ calls a man, he bids him come and die.” Church planters know that they’re on the precipice of culture, that’s why they’re usually apostolically gifted—to navigate the turbulent waters with godly vision and insight. Planters were created for white water rafting!

The river of impassibility should be viewed more like the river in Ezekiel’s vision. It began with a sprinkling at the Temple and became ankle-deep, continued to knee-high, onward to waist high, and eventually swelled to an immeasurable depth:

And wherever the river goes, every living creature that swarms will live…so everything will live where the river goes. Fishermen will stand beside the sea…it will be a place for the spreading of nets. Its fish will be of very many kinds, like the fish of the Great Sea. (Ezekiel 47:9-10)

Though demographics, statistical data, and even social media demonstrate a culture of intolerance enmeshed with post-Christendom, we ought not fear—for God gave us not a spirit of fear (2 Tim. 1:7).

The future of church planting resides in its dedication and devotion to the great Commission and to Christ (Mt. 28:18–20). The call is real. The dangers are real. The difficulties and obstacles are very real—some visible and many more invisible. Yet, church planters must trek into the wild to reach the unreachable. They must rely on the power of God, through prayer. As the Lord declared to Zerubbabel, “Not by might, nor by power, but by my Spirit, says the LORD of hosts” (Zech. 4:6).