3 Things I learned at Exponential 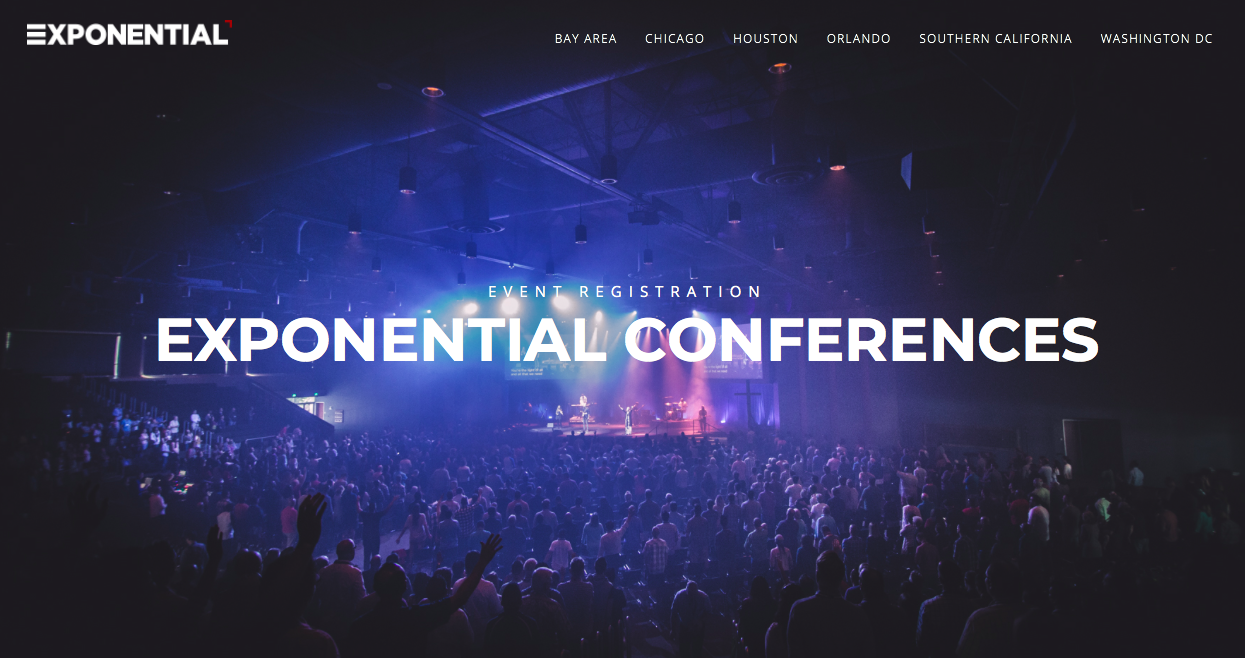 Last week I attended and lead an equipping lab at the Exponential Conference in Orlando, Florida. The theme this year is Heromaker—based off of Dave Ferguson’s new book. At first glance one may assume that Hero-maker is only a marketing angle for book sales—to the contrary. A hero-maker is a multiplier, a reproducible disciple-maker, a mentor, coach, and/or a person who invests their time, resources, and life, to see others grow in Christian maturity. The leaders at the conference stressed that they were not the heroes, but hero-makers—desiring to see others become leaders in engaging and growing in the Christ-life.

But, let me clarify something I recently read—there’s a misconception regarding the definition of Hero-maker—as if the conference were promoting “superheroes” or creating prideful people—that’s far from the truth and even farther from what I experienced. I saw dedicated individuals humbly pouring out their time and life—selflessly. The main reason I wanted to write this article was to point out three things that I observed—and they’re all very encouraging.

Exponential was sold out—10,000 people jam-packed into the First Baptist Church of Orlando. There were numerous Spirit-filled speakers on the main stage, not to mention the numerous breakout equipping labs. One thing that I loved, I didn’t see dry ice vapor-clouds, hear thumping music, and bump into hipsters. I networked and met with a myriad of believers, differing denominational leaders, and church planters—each demonstrating a kingdom-minded attitude.

With nearly every person that I met, there was a sense of urgency in reaching the lostness of their communities—worldwide. With each story I heard, people pouring their hearts out about the lostness within their community and desiring to see their churches engage mission. There were seriously devoted believers seeking practical ways to reach the lost.

But, another beautiful aspect concerning a conference such as Exponential—it’s not merely North America, or a specific denomination—it’s global and multi-denominational; not to mention, multi-diverse, multi-ethnic, and multi-generational. Everyone is working together for the common goal of reaching the unreached—to engage lostness. This one thing gave me confidence in the universal Church.

So many times, we hear dismal numbers of failure, church decline, and the ever increasing amount of closed doors—but Exponential was different. It was a breath of fresh air—Spirit-filled air—breathed out through the lives of the many who attended.

I mention that because I was excited to see what was happening at Exponential. While the organization that I’m the director, New Breed, plants churches via reproducible disciple-making, most do not—at least that was part of my doctoral findings. Needless to say, I was somewhat discouraged about the state of the current church—until I hit Exponential.

At the conference, there was a sincere ground swell of thousands of people and leaders dedicated to seeing things change—not for the sake of change, but to see Christ exalted and the church engaged in making disciple-makers. There were speakers who were championing the small church, movements, and innovation—all within the realm of re-discovering disciple-making.

While I wished that I could report everything was awesome and smelled like roses—that’s not altogether the truth. I was able to see one thing that I didn’t like—namely, empire building. There are some organizations which are not team players—they’re focused on their own agendas—but, be relieved, I want to help you navigate toward kingdom-minded opportunities.

If you’re like me—a networker, mobilizer, and catalyst type, who yearns to see people grow in Christ and communities reached—then your best opportunity to collaborate is with the smaller organizations. The larger ones may not give you the time of day, nor be invested in true collaboration. It is what it is.

However, I can’t speak for every large organization—but I can say that the smaller ones are hungry for working together, sharing secrets and models, and seeing Christ magnified at any expense—even if it means sharing inside information which may be utilized and adapted by another organization.

The fact is, the smaller organizations are not in it for money—or better stated—they don’t have an overhead to payout. Most of them have passionate volunteer staff—they have a vision they believe in and are committed to see God bring it to fruition. As I stated, I’m the Director of New Breed, but when I met with Patrick O’Connell from New Thing, he was as excited to connecting as I was—even though we both serve in like capacities. I saw this of enthusiasm time and time again.

The smaller organizations seem to be more kingdom-minded because they are collaborative—working with other believers to reach the ends of the earth. Needless to say, I met some fantastic people and would encourage you, if you’re seeking collaboration and encouragement—attend of the next upcoming Exponential conference (www.exponential.org).