Using Your Failures for Victory 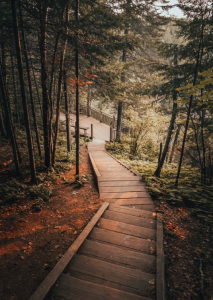 Throughout God’s story, there have been many biblical “heroes.” Men and women of seemingly great renown—great courage and incredible resolve.

Men like David, warriors in battle, leading men to victory against insurmountable odds. Or women like Jael, an apparently ordinary wife with remarkable fortitude and bravery—launching a tent peg through the sleeping enemy (Judges 4:17–22).

Everyone loves stories. Especially stories about overcoming adversity—they’re the feel good, sort of chicken soup for the soul, stories.

When I reflect upon my life, I know my story. I know that it’s filled with defeats, trials, and sometimes, some wins. I also know that I’m not a hero. In fact, Jesus is the hero of my story. And, if I’m even more transparent, I’ve had way more failures in my life than victorious triumphs.

But as I’ve written before, Failing is Not Failure. When we learn from our failures and use them for success, those failures can become victories.

They Didn’t See That Coming

One of my recent devotional readings led me to Joshua and the battle of Ai (Josh. 7, 8). Joshua spies out Ai and organizes a small battalion of 3,000 Israelites to go up to battle against them. However, because of Israel’s hidden sin and idolatry, they flee in defeat.

The people of Israel didn’t see that coming! Their sin was revealed, but the people took action and repented. They refocused and centered their lives upon God.

Afterward, the Lord then encouraged Joshua, “Do not fear and do not be dismayed. Take all the fighting men with you, and arise, go up to Ai. See, I have given into your hand the king of Ai, and his people, his city, and his land.” This time, Joshua used defeat to bring victory.

As in the previous battle when the Israelites fled, Joshua engaged the city of Ai. Once again, the same troops, same battle plan (sort of), so battle looked like defeat.

Joshua had the men flee—but—only to draw the enemy out from the city and into the open. The plan worked.

Again, the people of Ai thought that they were routing the Israelites, but as soon as they were outside of the city, Joshua had his men sneak in and burn it to the ground!

The people of Ai didn’t see that coming! Joshua had the enemy surrounded—drawing them out into the open—there was nothing hidden and nowhere for the enemy to go.

One thing that I have learned in life—when pride sets in it blurs my vision. Whenever I’m facing defeat, I have to ask probing questions: is there any hidden sin that I’m not seeing? Am I trying to do things in my power, or for my own glory? Am I trusting in God to be my “dreaded warrior”? How can I use this defeat for success? How can I honor and glorify God with my defeat? What have I learned?

Maybe I am building my empire and not God’s? Those are just some of the questions I think about. I also ask the Lord to “cleanse my heart,” to “search me and see if there are any wicked ways within me.”

When we confess our sins, our pride, and our motives, it brings the enemy into the open. Our adversary no longer has “ammunition” to use against us. To the enemy, on the outside, we may look the same, but internally, we have been renewed through repentance, probing, and reflection.

What have you learned about your situations lately?

What may God be speaking to you?

How can your defeat be turned into a victory?