Why Did Paul Not Want To Plant More Churches in Rome?

Paul’s “ambition to preach the gospel, not where Christ has already been named” (Rom. 15:20) 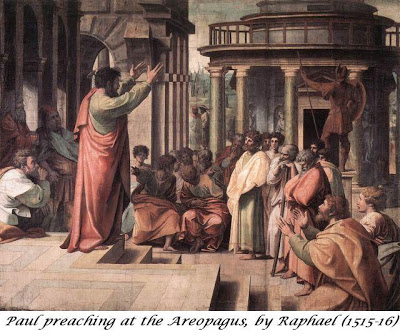 What did Paul mean when he said that he did not want to plant churches where “Christ had already been named”? He even clarified to the Roman churches, “I no longer have any room for work” (15:23). Did Paul establish a church plant in every village and every town? Did he reach every person? Why was he so ambitious to go and plant new churches in “Spain” (15:24, 28)? Did he reach all of Rome?

The understanding that church planters come alongside the working power and mission of God is an understatement—they breathe it!

Paul was a man moved by the Spirit of God to plant churches in new regions (Acts 16:6–10; Rom. 15:19). He understood the power of God. He also understood the missio Dei, the sending of God. For Paul, the gospel of Christ manifested itself in action and power wherever he went (c.f. 1 Thess. 1:5).

So, what did he mean in Romans 15:20? First of all, Paul does not consider the phrase “to preach the gospel” as some type of individualistic evangelism or an outreach event. We may view it that way today, but that was foreign to Paul. He was an apostolic pioneer—Paul established disciple-making churches. Discipleship was (and should still be) the DNA of the early church.

So, Paul was more concerned with establishing bodies of gathered believers (ecclesias) in two or three focused areas of resurgence, within each region. This meant that his assignment in each “region” was to create disciples who disciple people that disciple others, and so on.

Paul’s missiology was Christological. For Paul, Jesus was Lord of all. Paul’s passion was to assemble and see disciples create “reproducible ecclesias.”[1] Paul was sold out. He believed in the power of the gospel to infect people with a pioneering discipling-evangelism. The “infected” people were then, also, sold out to the mission of God, within the everyday rhythms of life.

Paul shows that church planting is more than preaching the gospel, a building, or a vocation. Church planting involves discipling converts into an “obedient” surrendered faith (Rom 15:18). Church planting does not build upon another man’s foundation, but upon the work in Christ.

Paul’s driving “passion to work where Christ was not known,” was confirmed in his apostolic nature: “like a skilled master builder I laid a foundation, and someone else is building upon it” (1 Cor 3:10a). Paul relied on others.

The Apostle rightly assumed that anyone who was infected with the gospel would in turn, go, make disciples, and plant churches. Each church body became a sending church, not once or twice, but until the region was saturated.

So, the answer is that Paul did not have to reach every single person. Paul’s belief in the Holy Spirit affirmed his faith that God was at work within His church.